Call Us To Get "Absolutely The Best" Service!

With Over 35 Years Experience in The DC Metro Area, We Have Accumulated A Ton Of Testimonials & Reviews About Our HVAC, Plumbing & Electrical Services. Here's Just A Few!

At F.H. Furr, we strive to give our customers the best service at the most competitive pricing. When we receive a good review or testimonial from a customer, it thrills us to know we're doing our job in the way that they've come to expect! We're honored to share these videos of our loyal customers with you! And you can also see reviews on third party websites in our sidebar to left.

After meeting with several HVAC companies and receiving several quotes, we decided to use F.H. Furr to replace our two new duel fuel systems. The sales staff from F.H. Furr clearly had advanced knowledge of HVAC systems; they identified an issue with inadequate return air with one system that none of the other HVAC contractors even investigated. They have the best warranties that we saw, and they clearly believe in the quality of their work. They also had a number of good discounts, making their pricing very competitive. Installation went perfect; they sent two crews to knock out both systems in one day. The new systems run amazingly, and have already saved us a good chunk of change in fuel costs this fall." - Mike H. Manassas, VA

FH Furr has installed a new furnace, air conditioner and hot water heater for me. They recommend reliable products and deliver and install in a professional in a timely and efficient manner. – Mary M. Of Alexanadria, VA

I thought the sales person hit the target in explaining the options that were available that met my every need. The technicians demonstrated an abundance of knowledge and explained in detail the work that was taken place. Although there was a minor issue after the system was installed but the quick response given in resolving the matter quickly. I would recommend FH Furr to my friends and family. Job well done!!!! – Derrick B. Of Woodbridge, VA

We had our air conditioner installed a week ago, The representative was very congenial, Explained everything very well, great personality. The service men that installed were excellent, friendly and very responsible as well as efficient with their skills. I would recommend this company to anyone. – Janis Of Springfield, VA

We had our entire HVAC system replaced just a few days ago. They showed up on time and completed the work that day. We had a fuse blow on the system a few days later but they showed up within 45 minutes of being called and fixed the minor problem that caused the blown fuse. Things like this happen. It's all about how they are corrected that counts. We are very satisfied customers. – Blue Of McLean, VA

When our almost 20 year old system died, we invited four companies to give estimates. Of the three who were able to come quickly, FH Furr gave the most detailed inspection and estimate on our system. Their representative was willing to address the temperature differential between floors that is inherent in the house design, but knew his calculations would show that two systems would be overkill. He recommended the Lennox system. So, we had the duct work split between floors and a zoned system installed. The team that installed it were courteous, knowledgeable, and very professional.

It was not the cheapest solution, but our upstairs has been cooler than ever and we have stopped running the extra fans to help air circulation. We are very pleased with our new Lennox HVAC system. – Jason Of Herndon, VA

Had F.H. Fur out to repair previous unit and they informed us of all the things that needed to be done to it and why it would be a god time to replace it while they could keep it running. The unit was 16 years old and needed to be replaced. They were able to get us a new unit within a week and got it installed very quickly and with great professionalism. Have a service contract with them now to keep the new units running at peak efficiency. – Jill Of Sterling, VA

FH Furr installed a heat pump, furnace, thermostat, and water heater for me. A defective thermostat meant some extra time was required as the problem had to be identified and then resolved but the FH Furr installers ensured that my system was functioning properly before departing.

My water heater failed inspection as the 3/4" pressure release valve ended in a 1/2" pvc pipe.

As the tech who arrived to make the correction pointed out, the installers had used the manufacturer provided part and it was actually stamped that it was tested and acceptable.

He called his supervisor to determine if he wanted to contest the inspection or make the correction. As the 1/2" pvc may not be able to handle the pressure and/or temperature, FH Furr replaced it with a 3/4" copper pipe.The technician took the additional step of securing the overflow tank even though it was not mentioned in the inspection report.

From my perspective, the "beef" is with the manufacturer.

FH Furr does not do things that are "acceptable". FH Furr meets the established standards. FH Furr strives to meet or exceed customer expectations - and FH Furr succeeds.

I have sold a house and moved but I kept FH Furr.

FH Furr sets a standard of performance similar to what I expect from myself and that standard is across the board and exemplified by each and every FH Furr employee you encounter from the office staff who will send you an email confirming your appointments and calling you to let you know that a tech is on his way to the comfort care technicians who strive to not only inspect your system but inform you about what they are doing to the service technicians and installers who stay until they make sure your system is functioning properly. They work hard to earn the business and loyalty of every single customer they serve. – Irma Of Manassas Park, VA 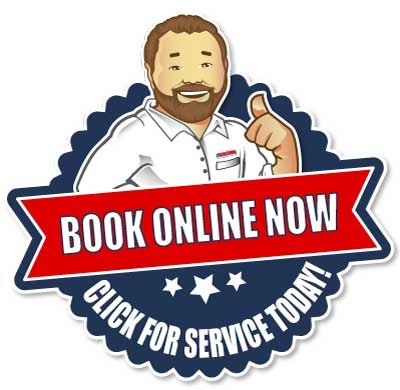 Feel free to delve further into our site and specifically the F.H. Furr difference.

News You Can Use